When the Petitioner in this case closed his case with the testimony of his third and last witness Mr. Robert Joseph Mettle-Nunoo on the 8th of February 2021, the Court, as our procedure rules on trials provide, called on the 1st Respondent to open its defence by the calling of its witness, whose witness statement had already been filed on the orders of the Court.

The 1st Respondent therefore prayed the Court to determine the petition on the oral testimonies and data presented by the Petitioner through his witnesses and decide the main issue at stake, which is; whether or not none of the twelve (12) Presidential candidates who contested the 7th December, 2020 Presidential elections did obtain more than 50% of the valid votes cast in the said elections. The 2nd Respondent, who was declared as winner of the elections by the 1st Respondent, which declaration ignited the filing of the instant petition, associated himself with the 1st Respondent on its prayer and told the Court he also did not desire to give any testimony through his attorney as contemplated.

According to him, the Petitioner did not discharge the burden imposed on him by law to produce sufficient evidence to buttress his case, so there was no need for him to say anything in explanation. He supported 1st Respondent’s prayer that the Court should resolve the petition on Petitioner’s evidence only, since the burden was on him to prove the reliefs he is seeking.
This position of the Respondents to close their case without adducing any evidence at all, which the law permits them to do, did not go down well with the Petitioner. Counsel for the Petitioner resisted this position of the respondents and prayed the Court to compel the 1st Respondent’s Chairperson specifically, to testify as 1st Respondent’s witness, since she had filed a witness statement to that effect and therefore had elected to testify. As for the 2nd Respondent, Petitioner said he was not bothered about his refusal to testify.

The Court adjourned for the parties to submit legal arguments for its determination on the matter, which they did. On the 11th of February, 2021, the Court dismissed the Petitioner’s objection to the Respondent’s decision not to testify and gave reasons in a written ruling delivered for that purpose.

One of the reasons given by the Court in dismissing the objection of the Petitioner was that this Court could not compel the 1st Respondent to call its Chairperson as its witness as Rule 3E (5) of Order 38 of the High Court Civil Procedure Rules, (C.I. 47) as amended by (C.I. 87) permits them to do so.
Immediately after the Court’s ruling on the issue, the Petitioner filed the instant application. It was filed on the same 11th February, 2021 and almost around the same time that this Court delivered its ruling dismissing Petitioner’s objection to the closure of respondent’s case.

There is no doubt that the instant motion was triggered by the ruling of this Court in which the Court endorsed the Respondents’ prayer not to volunteer any evidence whatsoever. The Petitioner did not hide this feeling and expressed it lucidly under paragraphs 15, 16 and 17 of his affidavit in support of the application as follows:
“15. As a result of the ruling of the Court of Thursday, 11th February 2021, it has become necessary, I am advised and verily believe, that my counsel use the subpoena powers of the Court under Order 38 rule 10 of C.I. 47 to compel the attendance of the Chairperson of 1st Respondent to appear and testify in court. 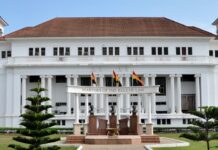 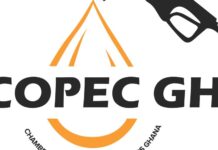 COPEC Laments On Rapid Increase In Fuel Prices As A Result... 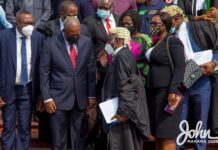 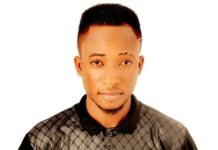