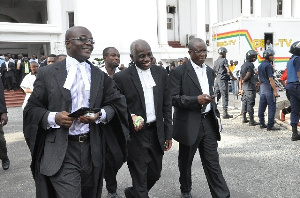 Lawyers for the 2020 NDC Presidential Candidate John Dramani Mahama say they have successfully proved that no candidate obtained more than 50% of the votes cast in the 2020 presidential elections.

They are therefore urging the Supreme Court to on March 4 direct the Electoral Commission to organize a run-off between President Akufo-Addo and Mr. Mahama.

The submission is contained in the written closing address filed by the lawyers in compliance with the Supreme Court’s orders.

The Apex court on Monday announced it will deliver judgment on the election petition on Thursday, March 4.

Mr. Mahama contends that none of the candidates who contested the December 7 polls including himself met the constitutional threshold of obtaining more than 50% of the valid votes cast.

He insists per the results declared by the EC Chairperson on December 9, no candidate met this requirement.

The Electoral Commission and President Akufo-Addo were named as respondents in the petition as required by law.

Both parties opted not to call any witnesses to speak against Mr. Mahama’s claims after three witnesses testified in support of the petitioner.
Nana Akufo Addo Calls For Swift Closure Of LGBTQI Office At Tesano

It will be recalled that Mr. Mahama’s lawyers in the course of the trial served the EC with a document asking that it admits certain facts including that its chairperson announced 13.4 million as valid votes cast while handing President Akufo-Addo, 6.7 million votes.

They say the failure of the EC to admit or rebut these facts within 14 days as required by law means the facts have been admitted.

An admission of these facts they argue means President Akufo-Addo did not obtain more than 50% of the votes cast.

The lawyers also say, the EC’s lawyers failed to provide evidence to contradict NDC General Secretary, Johnson Asiedu Nketia’s testimony that an addition of the percentage of votes the EC Chairperson announced as obtained by each candidate comes to 100.3%, which is a “mathematical and statistical impossibility”.

They insist this creates a situation whereby the petitioner does not need to lead evidence to show that no candidate obtained more than 50% of the votes. 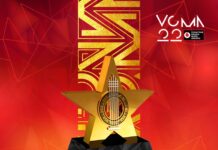 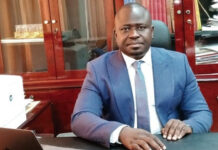 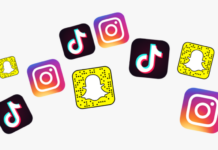 Ban On TikTok And WeChat As Before By Trump Paused By... 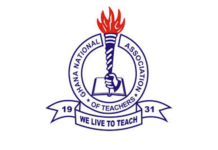 SC Sends John Mahama A Message After Denying Him Access To...