A member of the legal team of the opposition National Democratic Congress (NDC), Baba Jamal, has given accounts how the Supreme Court (SC) in 2012/13 election petition granted an interlocutory application to a petitioner then-presidential candidate of the New Patriotic Party (NPP) Nana Akufo-Addo Dankwa Akufo-Addo who lost an election in 2012.

“In 2013, the court granted to Nana Addo the opportunity for interrogatories. The court explained that once it can help with the quickening of the case, they will allow it. At that time the justices were nine.

This time the justices are seven but they still disagreed with us”, Baba Jamal who is a spokesperson for the John Mahama legal team in the ongoing election petition recollected.

The Supreme Court on Tuesday dismissed interrogatories request by the National Democratic Congress (NDC) flagbearer, John Mahama asking the Electoral Commission to answer some legal questions to clarify matters of fact and help to determine in advance what facts will be presented in the 2020 election petition trial.

However, the court dismissed the motion as it stated that “relevance of interlocutory by the petitioner has not been established”.

“So what was accepted in 2013, is now being quashed today. With the new law, the court wants to expedite the process, and we believe that this could have fastened the process”, Baba Jamal told Sefa Danquah on the ‘Epa Hoa Daben’ show monitored by MyNewsGh

The facts relate to Jean Mensa’s declaration of election polls results on December 9.

Some of the questions Mahama’s lawyers were seeking the EC to answer were; 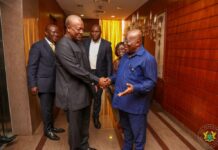 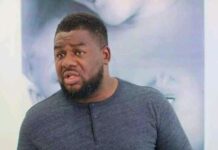 Ghanaians call for Bulldog to be punished 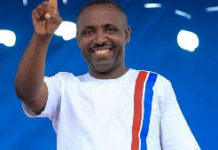 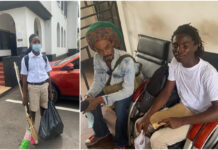